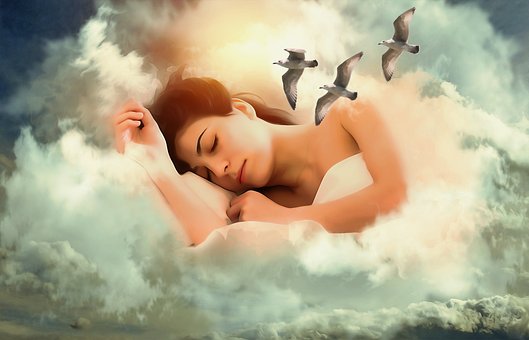 CPAP or Continuous Positive Airway Pressure is a mode of artificial ventilation of the lungs with the development of positive pressure in the airways after exhalation. Currently, CPAP-therapy is used for treating snoring, sleep apnea treatment, arterial hypertension, cardiovascular diseases, daytime sleepiness, obesity, impotence, insomnia, and depression. How can CPAP-therapy cure so many diseases? It is believed that all of these diseases are closely associated with a disturbance of sleep.

Sleep helps the body to relax from the stress with which a man or woman is faced daily. During sleep, hormonal regulation occurs in our body. Some hormones secrete only during sleep, and some hormones secrete only after sleep. Consequently, if sleep is impaired, it produces a disturbance of the hormonal balance and nervous system transmitters, which ultimately results in the development of various physical and psychological diseases. The main cause of disturbance of normal sleep is sleep apnea.

Sleep apnea is an absence of pulmonary ventilation during sleep for 10 or more seconds, which is characterized by decreasing of oxygen saturation in the blood (SaO2) by 4 percent or more. Usually, sleep apnea lasts for 20-30 seconds, nevertheless, in severe cases it may last for 2-3 minutes. The amount of episodes of sleep apnea may occasionally be up to 60 percent of the total nighttime sleep. Standard sleep apnea (usually not less than 10-15 times within an hour) is known as obstructive sleep apnea syndrome.

Obstruction of the upper airways means that air cannot get into the lungs and there is oxygen deprivation of the whole organism.

A small compressor is used for producing constant air flow under a certain pressure in the airways during exhalation through a flexible tube and a nose mask. Additionally it is used a humidifier that provides exfoliating and moisturizing the air which enters the airways. This device does not allow the upper airways to be blocked due to the constant positive air pressure and gets rid of the most important cause of the obstructive sleep apnea syndrome.

CPAP-therapy for patients with obstructive sleep apnea syndrome is currently universally accepted. Before prescribing CPAP-therapy, a Polysomnography is required or in other words a Sleep Study. Polysomnography is a medical examination of a patient’s sleeping with the use of specialized computer systems. Polysomnography allows calculating the apnea index and determining the severity of the disease.

The apnea index is the frequency of apnea episodes during a single hour of sleep. Apnea index determines the severity of the obstructive sleep apnea syndrome. The apnea index is considered pathologically significant if there are more than 20 apnea episodes per hour, regardless of the presence or absence of clinical symptoms. Incidentally, more than 5 attacks of sleep apnea episodes are thought of as threatening for a person with a gradual development of daytime drowsiness, memory impairment, psycho-emotional ailments, insomnia, development of cardiovascular diseases (arterial hypertension, coronary heart disease or stroke), and disturbance of cardiac rhythm.

The first session of CPAP-therapy is done on the next night after a diagnostic polysomnography. The objective of the first CPAP session is to pick the minimum air pressure that eliminates obstructive apnea, snoring and other respiratory disturbances in most positions of the body and in all stages of sleep. During the first session of CPAP-therapy, the minimum set of parameters will be listed: electroencephalography, electrooculography, electromyography, chest and abdominal movements, body posture, snoring, electrocardiography, blood saturation. These parameters allow you to ascertain the work of the brain and the stage of sleep, which excludes the possibility of insufficient air pressure through undiagnosed wakefulness episodes.

The”golden rule” is to use CPAP machine every night during the entire time of sleep. Patients frequently follow this recommendation in severe forms of obstructive sleep apnea. In this case, there is an improvement in the quality of sleep and daytime activity. In the mild and moderate forms of the disease, the irritating effect of the mask and airflow may sometimes reduce the quality of sleep, nevertheless, there’s a clear positive impact on daytime activity and on lots of other symptoms. One of the important advantages of CPAP-therapy is the lack of side effects.

Of course, sometimes initially, as with any method of treatment, there may be side effects. Among the most frequent complaints, this may be irritation of the skin below the mask (about 50 percent ), dryness of the mucous membrane of the nose and pharynx (roughly 30%), nasal congestion or rhinorrhea (roughly 25 percent ), eye irritation (about 25 percent ). However, these symptoms are not serious, they eventually disappear and don’t interfere with the continuation of therapy. The use of more comfortable masks and heating lotions effectively eliminates all these side effects.

Also, there are some recommendations how to eliminate these unpleasant effects in the treatment:

1. To use CPAP-therapy every day during the first 4-5 hours of sleep. During this time period, there’s the deepest dream and adverse effects from CPAP-therapy don’t disturb the patient. Then in the other half of sleep when the dream becomes superficial and the mask or airflow begins to interfere, the mask can be removed and slept without it. It is important to acknowledge that the positive impact of therapy – diminishing the intensity of snoring and decreasing the number of apnea episodes continues during the rest of the night.

2. To use CPAP-therapy with short breaks for 1-2 days. It is an intermittent use of CPAP-therapy. It’s recommended to use CPAP-therapy at least 70 percent of the nocturnal time. It’s strongly recommended if there is hypertension or other cardiovascular ailments. Also, CPAP-therapy should be performed if a substantial dose of alcohol or a sleeping pill was taken before sleeping.

Despite the existence of these minor side effects, CPAP-therapy is the very best way of treating obstructive sleep apnea syndrome.

The use of CPAP-therapy has made a massive contribution to solving the problem of treatment of cardiovascular disorders and other ailments and has caused a dramatic improvement of the quality and prognosis of the people’ life.

Where to Purchase CPAP Supplies Online?

CPAP supplies, like masks, machines and tubes can be bought online through Amazon or check out CPAP.com for technical products.

Mandita has been a sufferer of OSA syndrome for several years, which caused her excessive loud snoring. As it is a sleeping disorder that is not widely spoken about, she found it tough to locate information to help her understand the causes and symptoms of the syndrome, and also the treatments available.